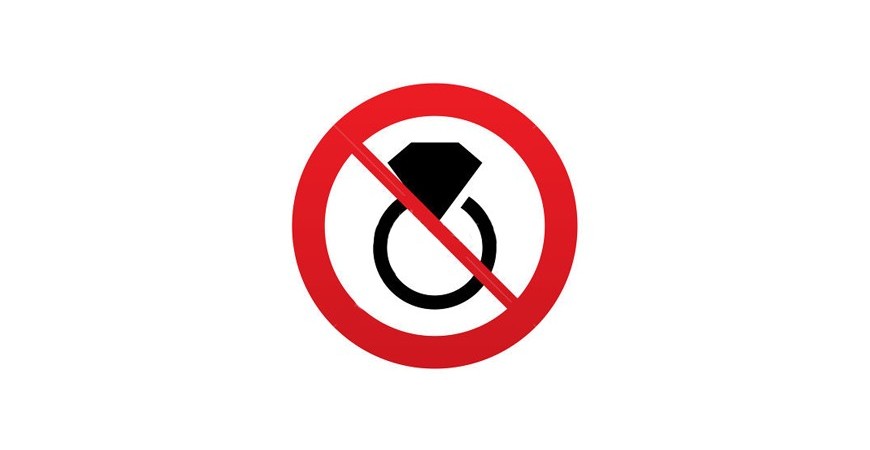 Why youngsters are saying no to diamonds.

It may not be as glittery or romantic, but saving for a house together or putting money aside to cover future parental-leave shortfall does signify a deeper level of commitment than the traditional diamond ring. That’s a possible explanation as to why among youngster – the generation in full marital swing –gemstones seem to be an increasingly attractive choice.

They’re also more fashionable, particularly in traditional jewellery. “About five years ago, there was a massive reappraisal of coloured stones; a recognition they could be just as beautiful,” says an expert in antique jewellery. For years, coloured stones were under-appreciated and undervalued. “The prices have absolutely skyrocketed in recent years. In auction, we’re seeing prices that we never saw before, it is a very different sort of marketplace from the old days when coloured stones could be bought, frankly, very cheaply in auction.”

That isn’t to say diamonds, particularly among younger people, are over – a 2016 report into the market by De Beers found that youngsters spent $26bn on new diamond jewellery in its four key markets – more than any other generation. But jewellers are reporting that younger customers are starting to look for something less traditional than the white sparkler.

The internet – and specifically Pinterest and Instagram – has opened up options which specialises in custom-made rings. “Before, it was very much driven by what jewellers could stock, and, if it wasn’t in your local shop, you wouldn’t know it was possible.”

The other main impetus, is the style for self-expression and a story, rather than traditional status symbols. A popular trend among younger customers is to choose a “birthstone” (different stones represent different months) to mark the time the couple met. “It’s more personal, rather than the ego thing of showing everyone how big your diamond is.”

To be determined Shipping
$ 0 Total

has been added to compare.
has been removed from compare.
Continue shopping Compare